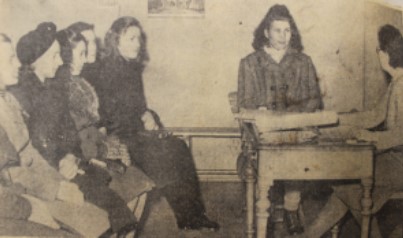 Explore the history of black, Asian and other minority ethnic groups in Tiverton, from the Eighteenth Century to workers arriving after World War Two from all over Europe and beyond.

The Telling Our Stories exhibition opens on Thursday 1st October and runs until Saturday 31st October. Due to the generosity of the National Lottery Heritage Fund, Devon Development Education is able to offer free entry to the exhibition for the first four Fridays in October. Tickets can be booked by telephoning the museum on 01884 256295 or via our Visitor Information page. On Tuesday 20th October, there will be a virtual talk to accompany the exhibition. Details can be found on the project website: www.tellingourstoriesdevon.org.uk, or by contacting dde@globalcentredevon.org.uk.

NOW extended to 19th December! We’re delighted to announce that the exhibition has been extended due to the level of interest it is receiving.

Any cookies that may not be particularly necessary for the website to function and is used specifically to collect user personal data via analytics, ads, other embedded contents are termed as non-necessary cookies. It is mandatory to procure user consent prior to running these cookies on your website.