Tiverton Museum has recently acquired copies of some very rare photographs of Tiverton’s World War Two Prisoner of War Camp taken in 1947. They were acquired from the family of Fritz Wieser, who was originally from near Essen in Germany. Following the war, Fritz moved to Canada where the family stayed. The photographs were taken within the camp itself, and one even shows the interior of one of the huts. The camp was located near to the site that Petroc and the High School occupy today.

Pippa Griffith, Director of Tiverton Museum says ‘We are so pleased to have had contact with Fritz’s family in Canada, and to have been given copies of these wonderful photographs. They are a significant addition to our collection, as the only other photos we had showed the camp in the distance. Not only do they show what the camp looked like, they also record some of the social events that were held there such as plays that were put on. Last year we acquired a copy of the newspaper produced in the camp in 1946, and successfully appealed for more information about former prisoners of war. We are still very keen to collect anything with a link to the camp, especially pecking chicken toys which we know were made by some inmates.’

The photographs are on display as part of the museum’s temporary exhibition ‘Around the World’ which ends on the 31st August. They will then be added into the museum’s permanent display about the Second World War. 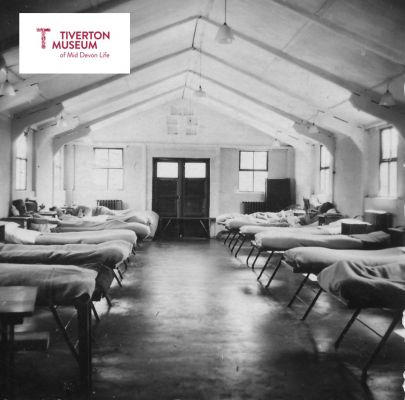